It will come as no surprise to anybody to discover that the record rainfall in the Autumn of 2015 has continued into the New Year and seen record-breaking rainfall in January 2016. Now that the month has ended, the course being closed for all but 3 days, it’s possible to publish some rainfall figures and closure comparisons. Comparisons not just against previous years, but also against local golf courses, many of whom are suffering equally. Shown below are a collection of the following graphs representing;-

Decisions on course closure at most golf clubs will be influenced by ground conditions, sometimes on anticipated bad weather to come. Clearly some courses are blessed with chalky, free-draining sub-soil compared to the majority of us sited on heavy Wealden Clay and these are identified. Others may be Private or Proprietary Clubs, which have very different financial pressures influencing decisions so these are also listed.

Much has been written before about the problems we face at Crowborough regarding winter golf and the ability of our course to cope with excessive winter rainfall. Much of that can be found elsewhere on the Greenkeepers Question Time amongst previous articles. Right here and now in early February 2016, we are witnessing some extraordinary situations where downland golf courses have been closed. Closed not because their chalk soil is saturated or unplayable, but because the incessant traffic and wear and tear on fine turf whilst very very wet, is causing excessive and previously unheard of damage. This is a message sent by a Course Manager of a downland course in Sussex this first week in February to all of his members;-

“Dear Members, What a winter! This is by far the wettest I have known since being here and at the moment it shows no signs of letting up. I have always tried my best to keep the course open, buggies allowed and present the course to a standard that this club deserves. Unfortunately, the weather is now beating me. Being on the Downs allows us a certain safety in regards to how well we drain. When other course are closed, we are normally open. This is great for our green fee income, but long term for the course it is not great.

With this in mind, I have approached the committee and have asked for their permission to give the course a rest. They have agreed and as a result, the course will be closed from Monday 1st February to Thursday 4th February. This closure will take place regardless of the weather conditions. I haven't taken this decision lightly, but if the course doesn't get a break now, when spring comes our course will be behind the others in the area as they will have had less play in the winter months. Please accept my apologies for any inconvenience this may cause.”

And finally, some photographs below taken at a local Sussex golf course yesterday, 2nd February.  The course was Open for play, with some temporaries, little traffic control and allowing trolleys. The damage caused is clear for all to see. Our greenstaff are making the decision to open or close on a daily basis trying to balance the hopes of some members to be able to play the moment we re-open, against the wishes of many other members to remain closed for the longer term benefit of the course come the Spring. No easy decision to take early in the morning in darkness! At the time of writing we may be able to re-open tomorrow, but the next rainfall is almost certain to close us once again until the course manages to enjoy continuous days without rain and a drying wind. 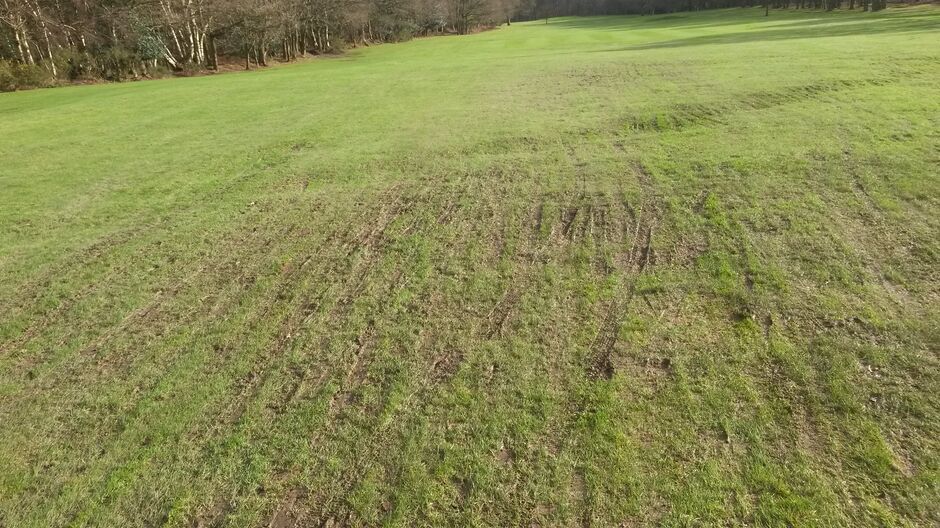 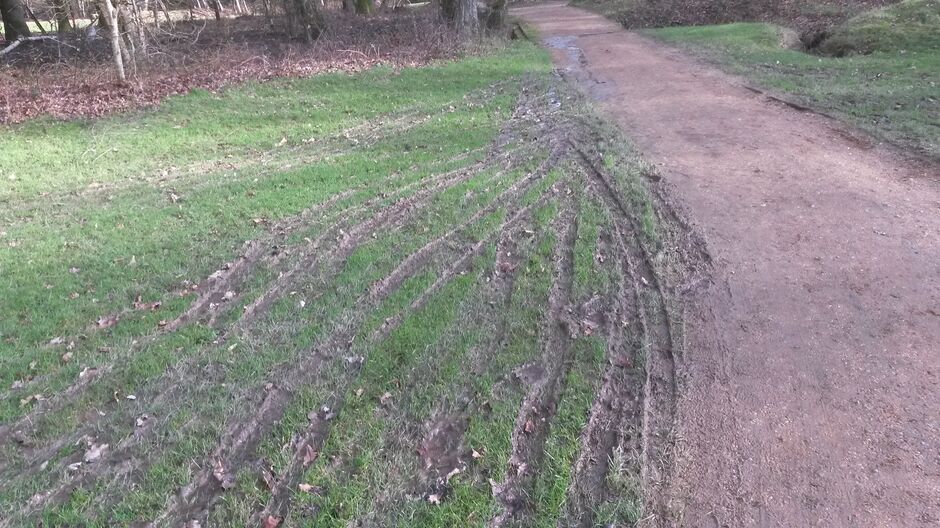 And finally, below, this is a putting green... The damage clearly seen has not been done by vandalism, but by golfers! 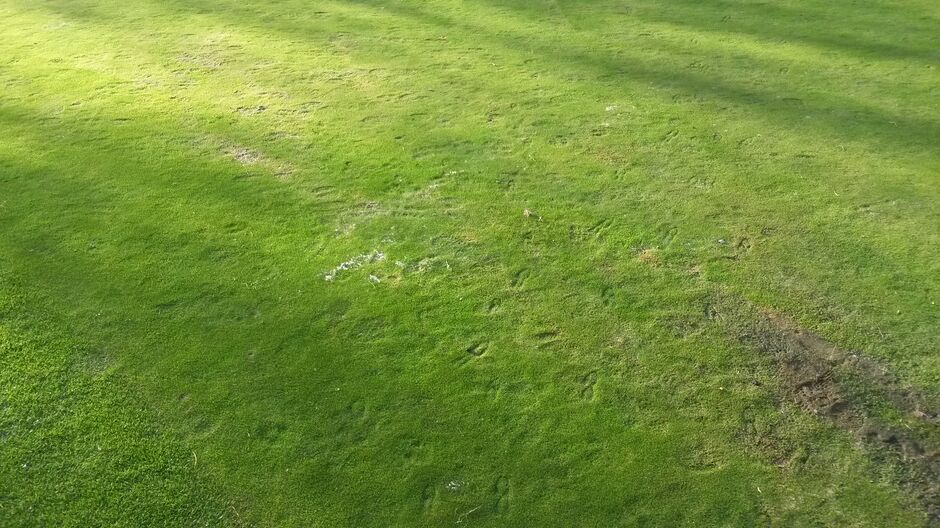 On behalf of Mike Poole & his team, thanks for all the patience members are showing during this unprecedented period of wet weather.

Roll on the Spring!