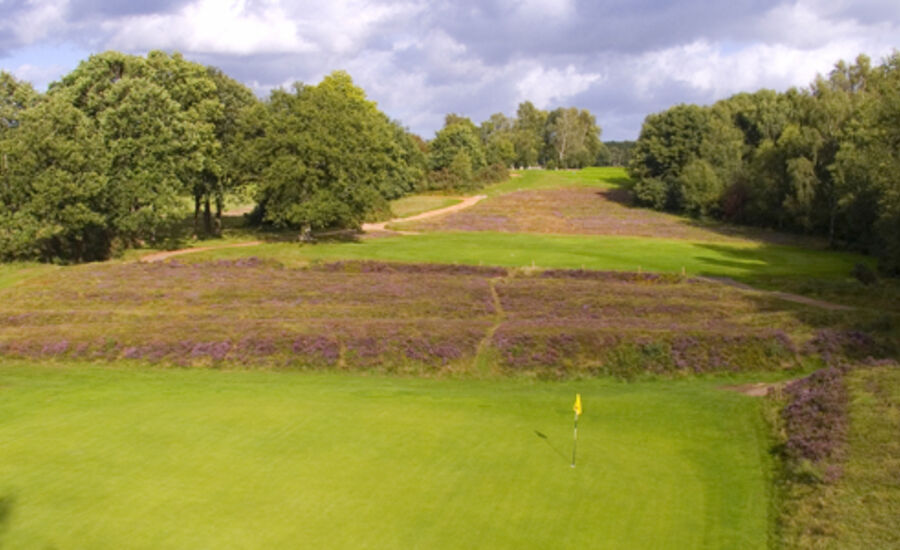 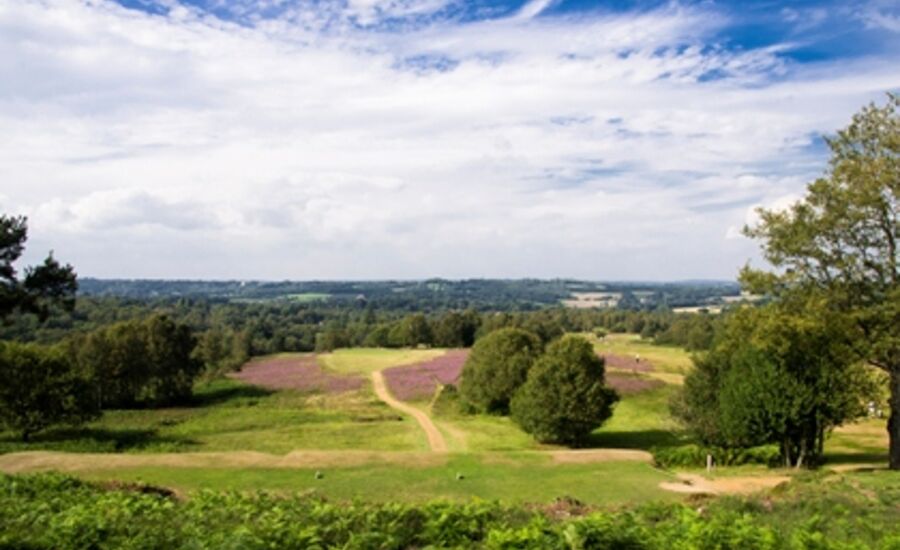 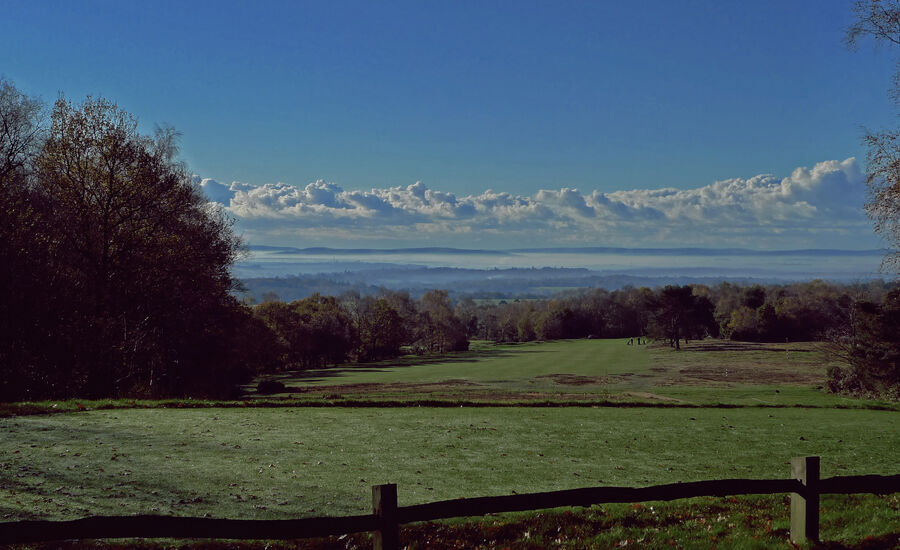 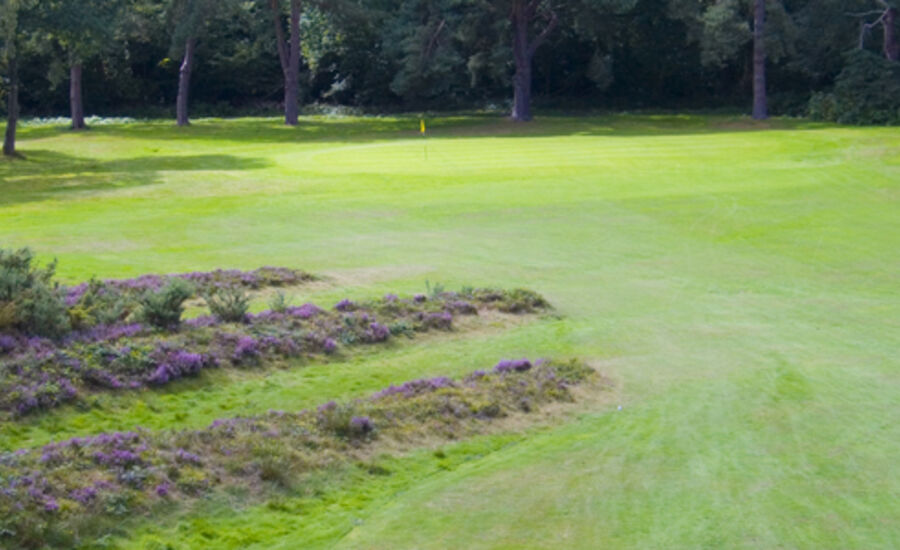 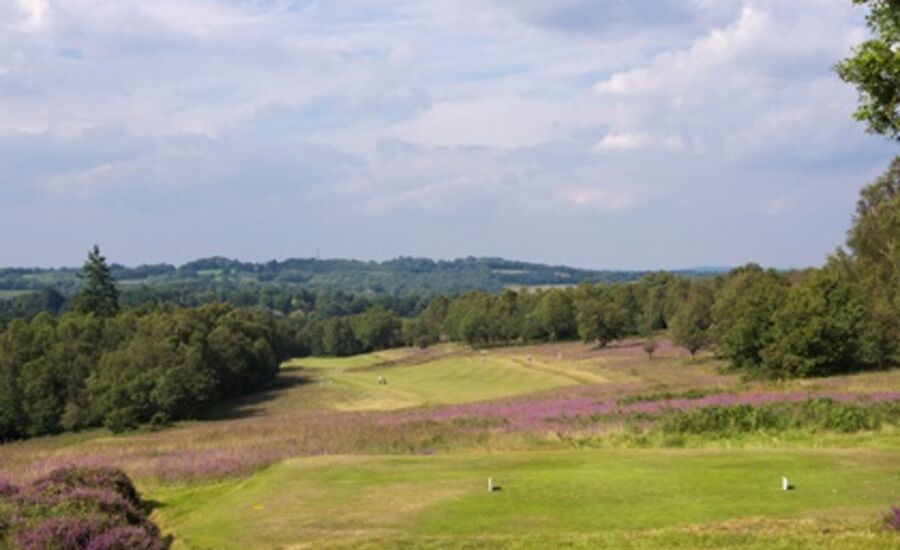 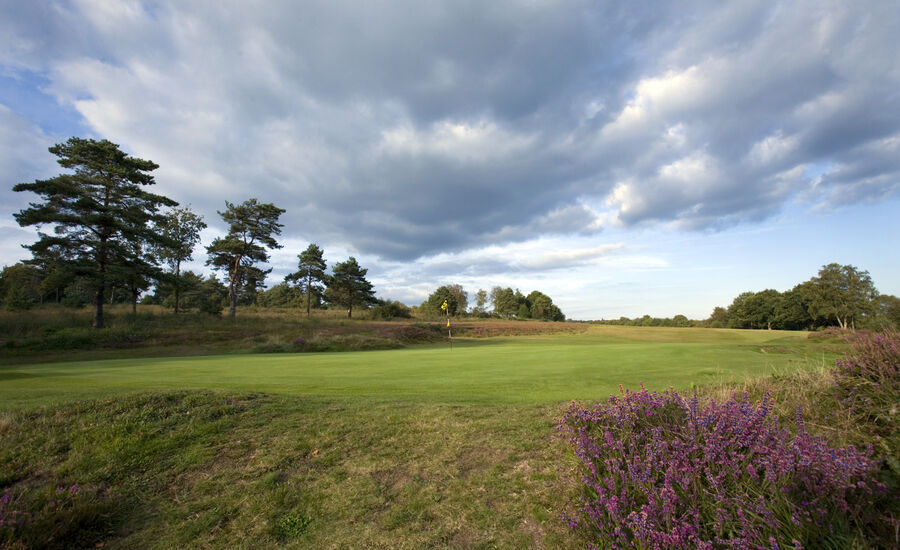 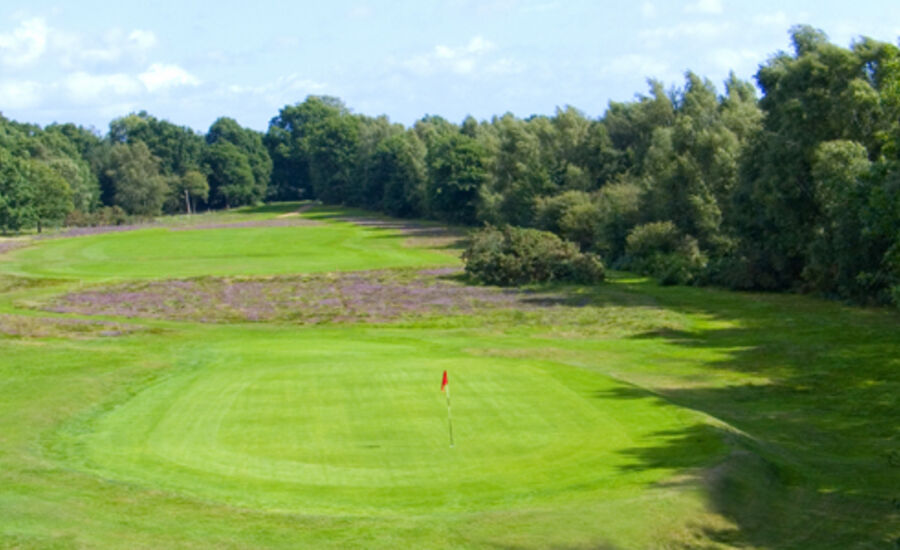 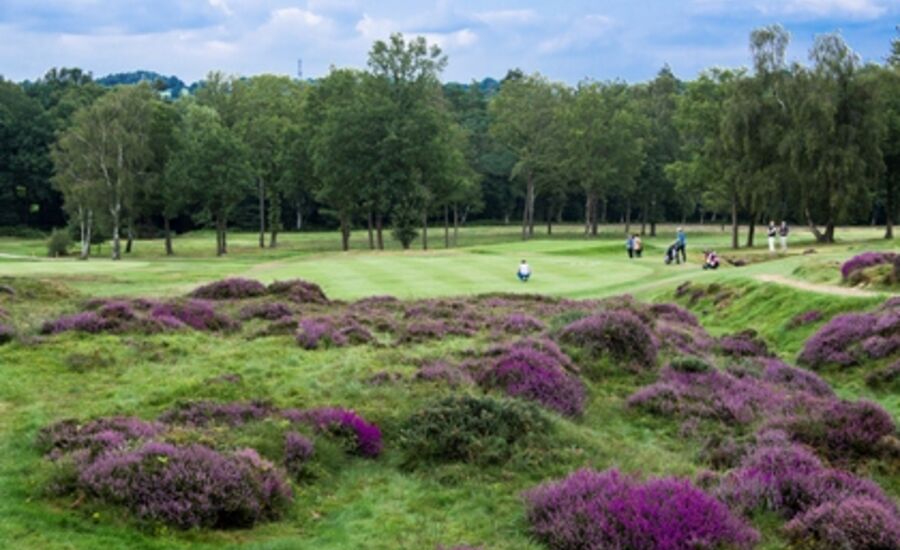 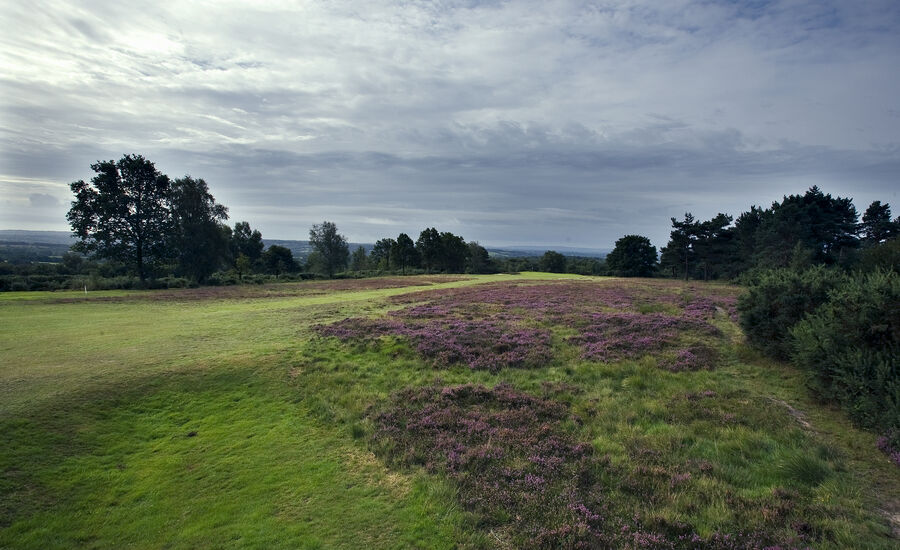 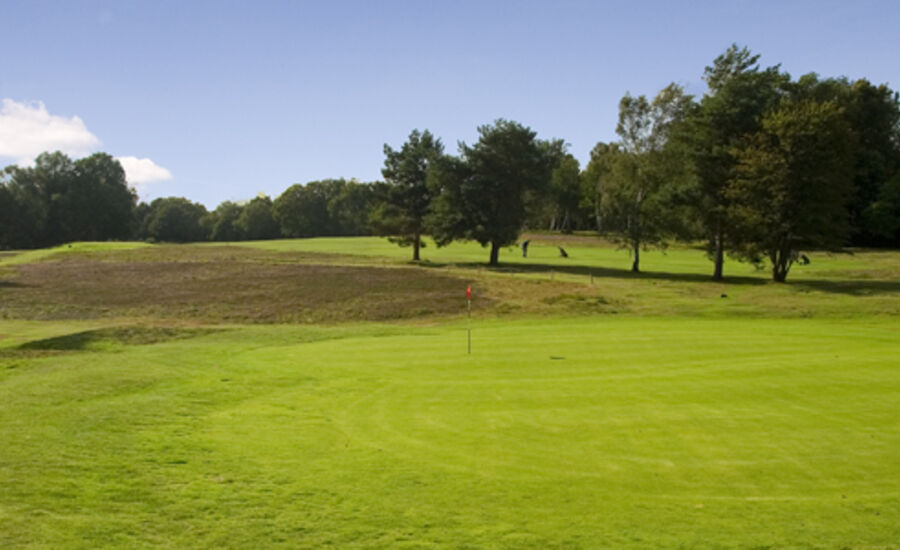 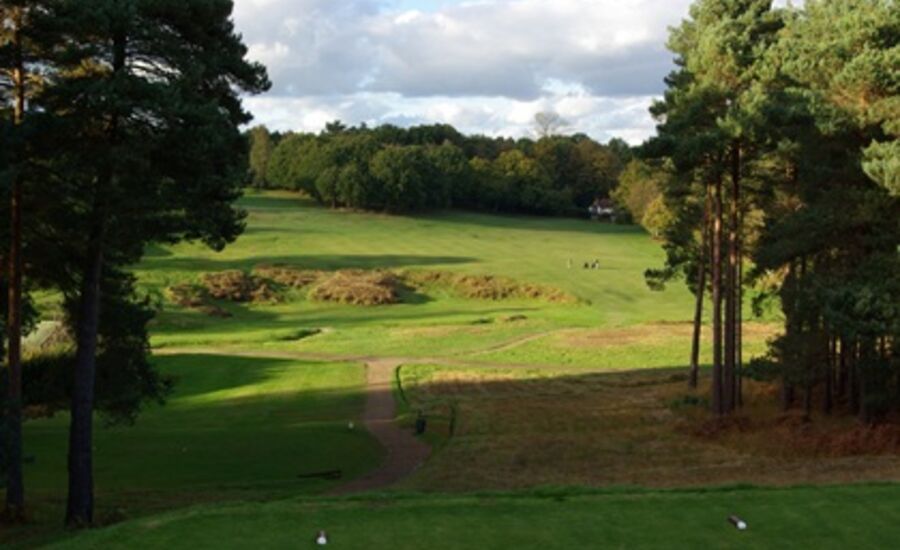 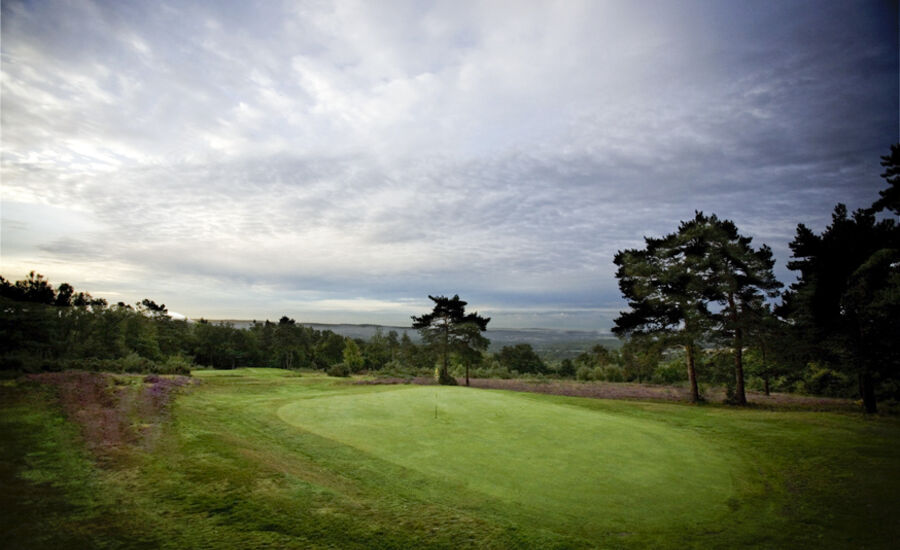 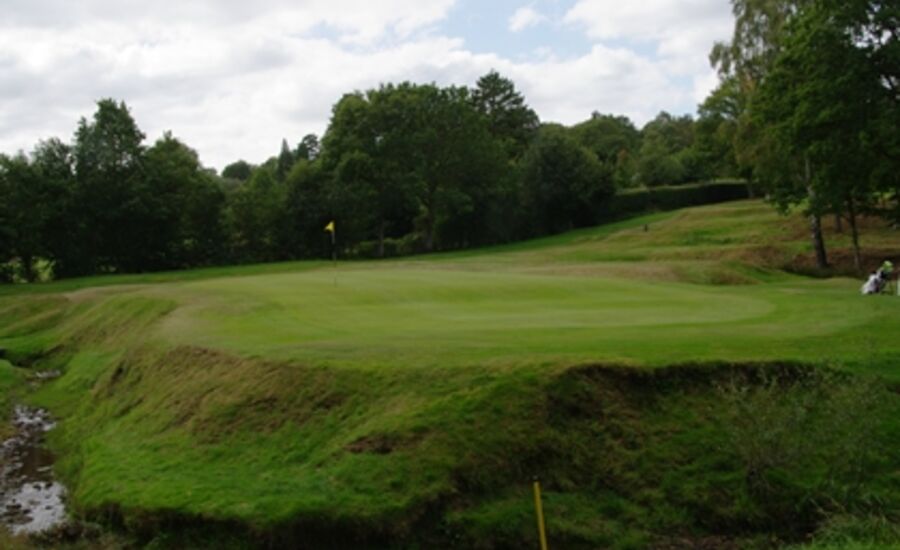 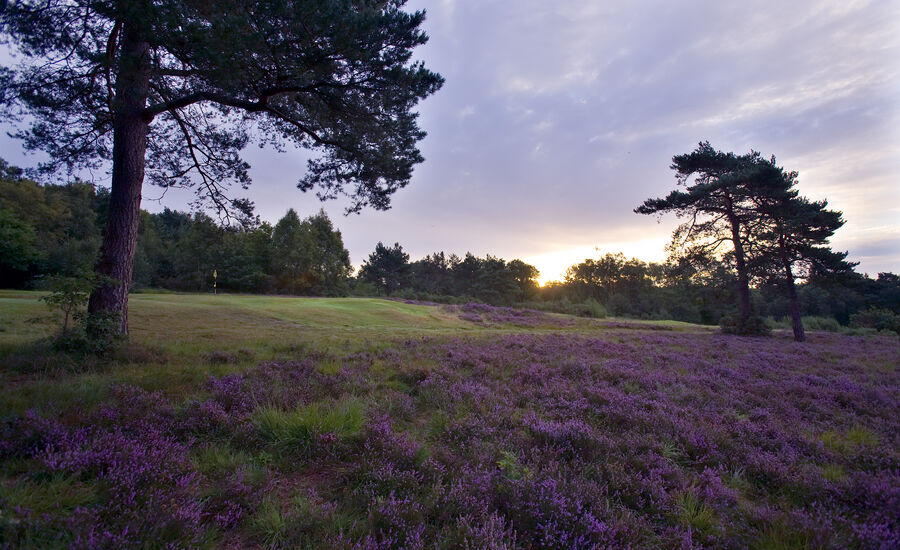 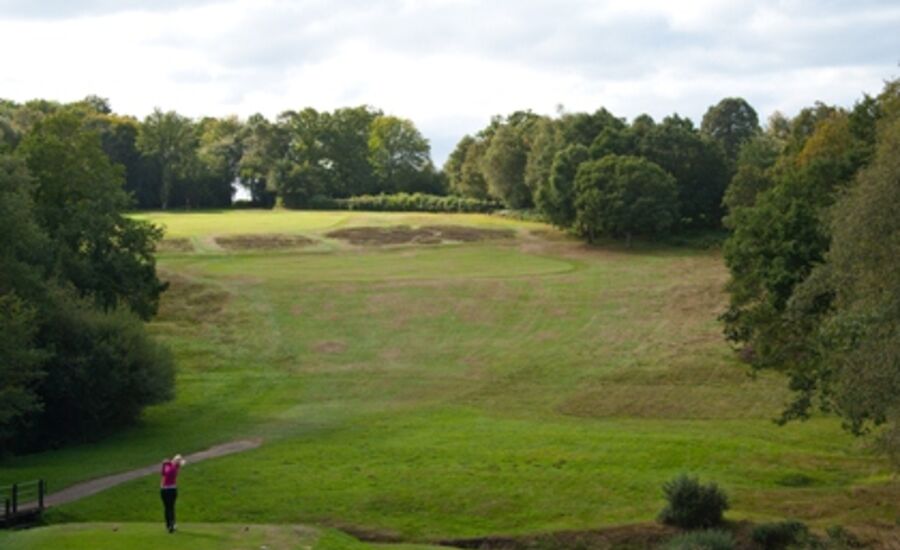 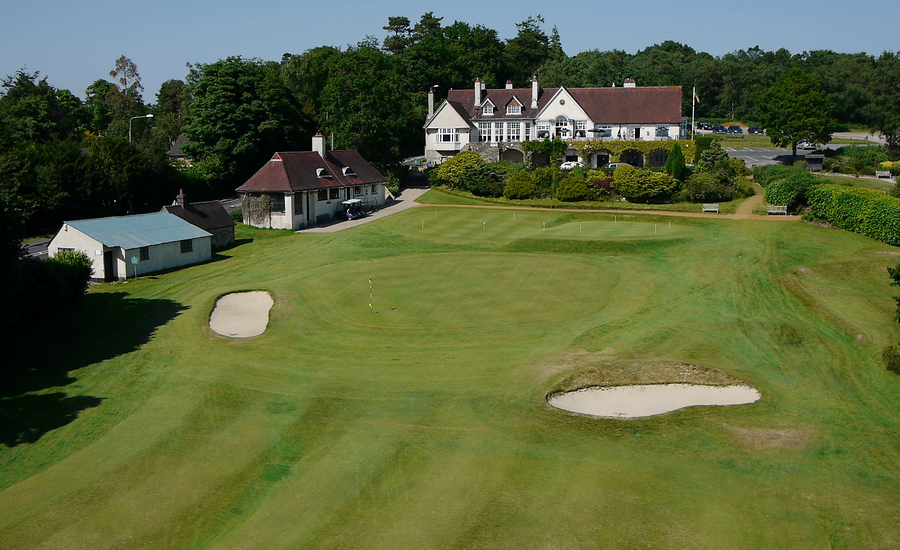 has two great courses to enjoy and it is not just us that thinks so. Golf World magazine assembled a panel of experts to decide the top 100 courses in England and, given that there are over 2,000 of them, that is no easy task.

The panel voted the Old Course #42 in the country and included our West Course in the next best 100 saying of it, "Like its sister a superb moorland-heathland with no bunkers. Some really excellent holes and, for some on the panel, should join its sister in the main list.”

Set in the heart of the Ashdown Forest, one of the things that golf lovers most appreciate about playing here is that so little has changed over the club’s 125 year history. Heather, humps, hollows, pools and streams remain nature’s defence against shooting a low score.

Situated approximately 30 miles (48 km) south of London in East Sussex, there are only four other courses in East and West Sussex that make Golf World's top 100 and none, apart from Royal Ashdown, that can boast two in the top 200 courses in England.

This beautiful golf club was founded in 1888, and within a year had opened a designated ladies’ course set in mature heathland. Today both award winning courses are available to play in the same day. Without question this is the best 36-hole golf club in Sussex — and not a sand bunker in sight!

Whereas the Old Course remains very much a classic heathland layout the West Course snakes its way through the heart of the Ashdown Forest, that spreads for over 20 square miles in this most beautiful part of Sussex, and has been named the best course under 6,000 yards in the UK by Golf World magazine.

The story of Piltdown Golf Club has some unusual features.

First, it was initiated in 1904 by Count Munster, a German aristocrat who lived in nearby Maresfield Park. He persuaded the owners of Piltdown Common to lease some of their land, and hired one of his tenants, a farmer named George Varnum, to carve a course out of the wild gorse and heather.  Miraculously Varnum had ten holes ready in a few months.  The famous Open Champion JH Taylor completed the eighteen a few years later. Varnum was the first greenkeeper, his wife the steward, and their farmhouse became the clubhouse - much extended now but still distinctly reflecting its origins. The Varnums’ daughter married the first pro, Ted Blunden, and since his retirement in 1963 there have been only two other professionals.

In 1938 the club bought the freehold of the whole common, including the delightful Piltdown Pond.  Some of the trees which used to surround the Pond have been cleared so that the view can be enjoyed - and a slice can find the water.

There are no sand bunkers at Piltdown; the heather is considered a sufficient defence. Keeping the heather strong is therefore important.  A number of heather banks have been added in recent years to strengthen the character of the holes and provoke thought. Seven greens were rebuilt in the autumn of 2013, to improve their drainage and speed, and seven more are due for the same treatment in 2014.

Golf began at Crowborough on a wet October day in 1895

when Lady Cantelupe hit the first shot on the new, rather primitive, nine hole Crowborough Beacon Golf course. After the drive-in (and lunch!) there was an 18 hole exhibition match between J H Taylor, the Open Champion of 1884, and J Rowe, the Royal Ashdown professional.

The initial development was no small task. Firstly, the Earl De La Warr was approached to obtain access to the common who readily agreed to a 25 year lease. Next, a Clubhouse was required and, fortunately, available for rent was an imposing two storey, turreted house named 'Chiflik' at the current Clubhouse location near the 1st tee and 18th green.

The undoubted 'powerhouse' behind these early years was GT Langridge both financially and administratively and included a major contribution to the architecture of the first course. The first men's monthly medal was held in April of 1896 with GT Langridge runner up to GS Ashby-Darcy. Only scores up to 130 were recorded. The ladies followed in July of the same year with Miss Langridge taking the honours.

The Club had to move on its option to buy the Clubhouse by the end of 1902 or lose it. The freehold property plus its two acres (down to and just beyond the present 18th green) would never be available again at a price of £2,100.

Subscriptions at this time were 2 guineas for playing members and 1 guinea for lady and country members of which there were many. 1905 was also a pivotal year for the Club. With personal guarantees for the overdraft, at short notice the committee acquired the Manorial Rights of the Alchornes Manor from the Earl at the price of £750. The club was now its own landlord – a position that could be rivalled by few other clubs at this time.

Flush with success and, presumably, numerous wealthy members the committee proposed a new clubhouse be built with the existing building used as a dormy house. The new clubhouse, much as it is today, was open for business in August 1907 completed by Connors the local builder using stone taken from the quarry behind the present 4th tee.

The name of Sir Arthur Conan Doyle first appeared on the roster of committee members. He was appointed Captain for 1910. Most of Conan Doyle's writing was done at Windlesham Manor. His study looked out towards the clubhouse where now there would be trees to block the view. Although a member of other clubs, Crowborough was nearest and dearest to him. Lady Conan Doyle was elected Lady Captain for 1911.

The story is told that Conan Doyle made a pact with his son to meet him on what is now the fourth green exactly one year after his death should the son perish in the war – which he did. Whether the connection was made is unknown. From 1925 the course was altered to bring it up to 'standard of a good modern inland course'. The first experienced greenkeeper was appointed.

Neil Crafter a well-known golf architect and historian in Australia, has been researching Dr Alister MacKenzie and his golf course design work and also reviewing rare books written by the great golf writer and Times correspondent Bernard Darwin. Darwin was induced to the World Golf Hall of Fame in 2005. Firstly, the availability of a rare book written by Darwin in 1926. The book is a hole-by-hole guide to Crowborough Beacon golf course published in 1926/7 and contains unique photographs of some of the holes. The volume had stayed unknown as in the bibliography of rare golf books, the earliest edition had thought to be 1934.

Secondly, the reference by Darwin to the work the 'ingenious' Dr Alister MacKenzie had carried out on Crowborough Beacon! (Dr MacKenzie would shortly be designing the Royal Melbourne course in Australia and a little later Augusta National in the US). Archivists found Green Committee minutes going back to the early 1920's. A letter from CBGC Club Secretary Frank Holroyd to MacKenzie authorised him to proceed with the re-design work. The price was £700. From the records it appears that Dr MacKenzie was involved in the re-design of 8 holes.

The rare Bernard Darwin book is now the property of the golf club. Crowborough Beacon is now officially added to the list of worldwide golf clubs associated with the famous Dr Alister MacKenzie. In both the UK and America there are established MacKenzie Societies, whose members include golf clubs subject to his design skills.

The Sussex Heathland group of three neighbouring clubs, with four courses, can be found in the heart of Ashdown Forest. Classic Heathland golf at its finest, the three Clubs offer an alternative to the famous collection of heathland golf courses which abound across neighbouring Surrey, Berkshire and Hampshire. With all three conveniently situated close to Gatwick Airport, London is but an hours train journey away and the famous south coast towns of Brighton and Eastbourne less than an hours drive.

Crowborough Beacon with its commanding 22 mile view to the sea, is ten minutes away, just 8 miles south of Royal Tunbridge Wells.

blah blah blah a variety of Hotels to suit all budgets from the prestigious Ashdown Park, Buxted Park and Gravetye Manor Hotels, plus a variety in Tunbridge Wells. More local affordable hotels are many and close-by......